At about 3am on 13 ‘Aẓamat, Bahá'ís aeound the world commemorate the ascension of Bahá’u’lláh.

For nine months prior to His passing Bahá’u’lláh had implied that His passing was drawing near and it was on an evening 21 days earlier, in May 1892, that Bahá’u’lláh contracted the fever which was to eventually end His Earth bound days.

During the weeks of resting that began, Bahá’u’lláh received several guests and  encouraged His followers to be hold fast to unity and be steadfast in their obedience to the  Light of God’s Laws. 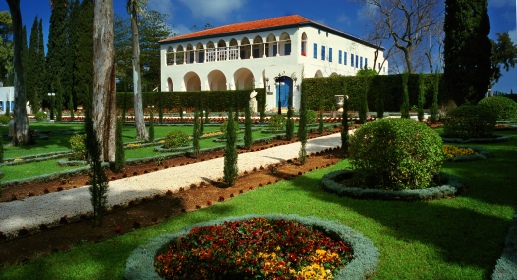 Mansion of Bahjí from the southeast gardens. © Bahá’í International Community.

On the fifteenth afternoon of His fever, while speaking to an assemblage of guests gathered around His bed in the Mansion House of Bahji (pictured above), Bahá’u’lláh quoted the following two verses from the Kitáb-i-Aqdas (The Most Holy Book):

“Say: Let not your hearts be perturbed, O people, when the glory of My Presence is withdrawn, and the ocean of My utterance is stilled. In My presence amongst you there is a wisdom, and in My absence there is yet another, inscrutable to all but God, the Incomparable, the All-Knowing. Verily, We behold you from Our realm of glory, and shall aid whosoever will arise for the triumph of Our Cause with the hosts of the Concourse on high and a company of Our favoured angels.”

“Be not dismayed, O peoples of the world, when the day-star of My beauty is set, and the heaven of My tabernacle is concealed from your eyes. Arise to further My Cause, and to exalt My Word amongst men. We are with you at all times, and shall strengthen you through the power of truth. We are truly almighty. Whoso hath recognized Me will arise and serve Me with such determination that the powers of earth and heaven shall be unable to defeat his purpose.”

On the 21st day of His fever, at the age of 75, on the 29th May, eight hours after sunset, Bahá’u’lláh passed away. Bahá’ís refer to this event as the Ascension of Bahá’u’lláh, the moment His reality ascended to the worlds of the Spirit.

Baháu’lláh’s remains are interred next to the Mansion House of Bahji, in the shrine shown below. This Shrine is a place of pilgrimage for Bahá’ís and we also face toward it when saying a particular daily prayer. In order that the community may remain united Bahá’u’lláh made it clear in a tablet that His son, ‘Abdu’l-Bahá, was to be the central guiding figure for the Bahá’ís after His own passing. 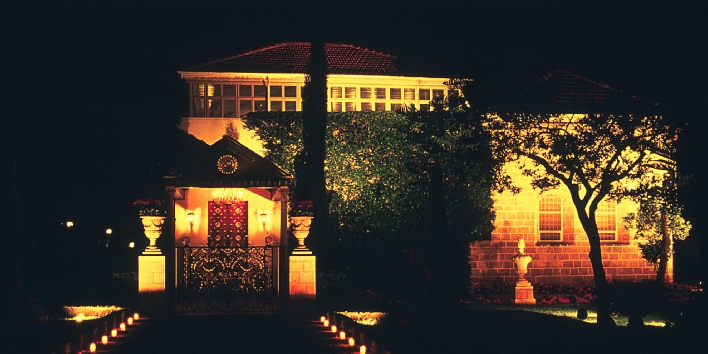